Send email to us 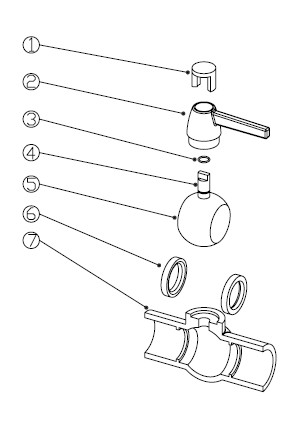 Three, light switch; Because the bottom of the sealing ring of the hard sealing ball valve adopts a spring to tightly hold the sealing ring and the valve core together, so the switch is very light when the external force exceeds the pre-tightening force of the spring.

Four, long service life: has been widely used in petroleum, chemical industry, power generation, papermaking, atomic energy, aviation, rockets and other departments, as well as People's Daily life.
Compact ball valve simple and compact structure, reliable sealing, convenient maintenance, sealing surface and the spherical often in the closed state, not easily be medium erosion, easy operation and maintenance, suitable for water, solvents, acids and generally working medium, such as natural gas is mainly used to cut or on line in the medium, can also be used to adjust and control of the fluid.